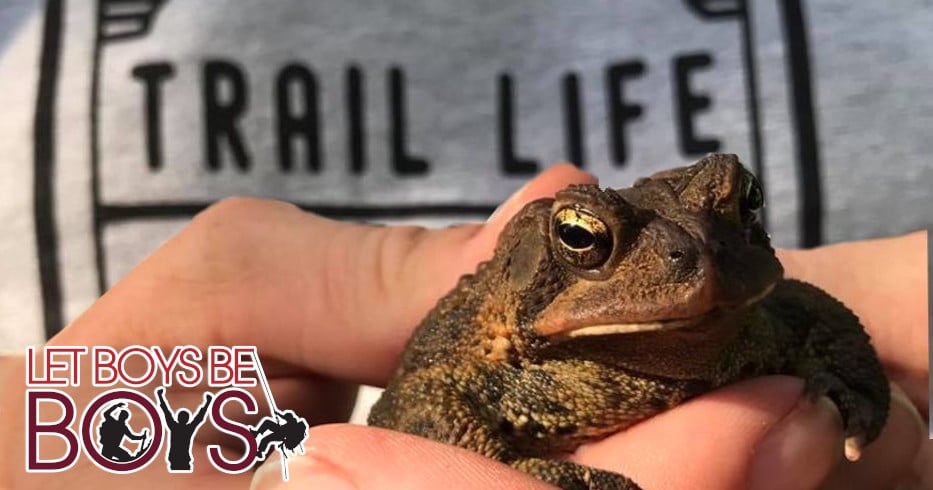 Boyhood Is Not A Mental Disorder

My son could easily earn an “ADHD” diagnosis if we sought one. But we will not seek one because the boy is not sick. He is not disordered. The boy is a boy. More of a handful than some boys, less of a handful than others. He has his own personality, and I cannot imagine treating it like the manifestation of a mental disease.

Besides, like almost every kid with an actual ADHD diagnosis, he can learn. He can focus. He just doesn’t always learn the things we want him to learn in the way we want him to learn them. He can’t remember how to spell simple words, but he remembers songs. He sings constantly. Sometimes songs he makes up on the spot, sometimes songs he heard at church or on the radio. He knows his superheroes backwards and forwards. That might not be useful information, but it is information at least. He knows a lot about pilgrims and Indians because that historical story fascinates him. He knows about ants and other bugs. He knows Bible stories. Just yesterday he randomly started telling me facts about George Washington and recalling details from our family trip to Mount Vernon last year. We took the kids to see some old warships at the harbor last week, and he hasn’t forgotten any details about them. He asks questions. A lot of questions. A lot of questions. He’s curious about the world and the way things work.

Obviously we need to teach our boys to be obedient and respectful. And they really do need to calm down and be quiet sometimes. But boys also need to be boys.

Now, if we had him enrolled in public school, they’d tell us he has a learning disability. But he learns all the time. He loves to learn. Just in his own way and about topics that interest him. What’s wrong with that? Is the kid disabled because he doesn’t like sitting at a desk and regurgitating information? Who ever decreed that every human being in the world must be able to learn that way? Is it wrong that he prefers to go look at the ship rather than have someone tell him a bunch of abstract facts about it?

Don’t get me wrong. I’m not some sort of enlightened parent with a perfectly accepting attitude about these things. I’ll be the first to admit that my son’s rambunctiousness can be challenging. It wears on you after a while. Indeed, a couple of nights ago I was feeling particularly not in the mood for his antics. I was annoyed, put off. I wanted some peace and quiet. I told him sternly to “calm down” and “be quiet.” Not the first time I’ve snapped at him, that’s for sure. But I was being selfish. There wasn’t anything wrong with how he was acting. I just didn’t feel like dealing with it. So often that is why boys are drugged and punished and scolded in our society. We just don’t feel like dealing with them. They present challenges that we lack the patience to meet, especially in an academic environment.

Well, that night I caught myself. I realized that I was angry at my son for the crime of being exuberant and happy. I was angry at my 5-year-old boy for being a 5-year-old boy. How is that fair? Besides, maybe he’s got the right idea. Maybe we should all be running around the house. Why not? It’s better than sitting on the couch sulking.

So, that’s what I did. I ran around the house with him. We wrestled, had a pillow fight, did piggyback rides. We played his favorite game which involves standing on the coffee table and jumping onto my chest, cracking my ribs and puncturing my lungs in the process. I barely survived, but he had fun. He went to bed tired and actually fell asleep.

Obviously we need to teach our boys to be obedient and respectful. And they really do need to calm down and be quiet sometimes. But boys also need to be boys. I’m afraid they’re rarely given that opportunity these days. They’re always being told “no,” “stop,” “calm down,” “be quiet,” “sit still.” We treat their boyhood like something that needs to be treated or fixed, like a malignant growth of some kind. We have literally made boyhood into a mental illness. And why? Because we need them to fit into the systems we have in place. We need them to go with our flow, at our pace, on our schedule. A boy’s personality, his whole way of being, is an obstacle in our path. So we harangue him, stifle him, drug him, until we’ve made him compliant.

I think we’re ruining our sons this way. We’re robbing them of themselves. It’s the worst kind of selfishness, the worst kind of narrow-mindedness. The problem is us, not them. We are the ones who need to change. If there is no room in our schools, in our homes, in our culture, for boys who act like boys, then our schools and our homes and our culture — not our boys — are sick. If we have established a system that cannot handle half of the kids who are fed into it, then the system is broken. Tear the system down. Leave the boys alone.

There is a balance, of course. We can’t let them do what they want all the time. We do have to teach them the rules and how to follow them. But I also think that sometimes, rather than forcing them fit into our way of doing things, maybe we should try to fit into theirs. Theirs is way more fun anyway.

Read the entire blog at https://www.dailywire.com/news/38556/walsh-boyhood-not-mental-disorder-matt-walsh