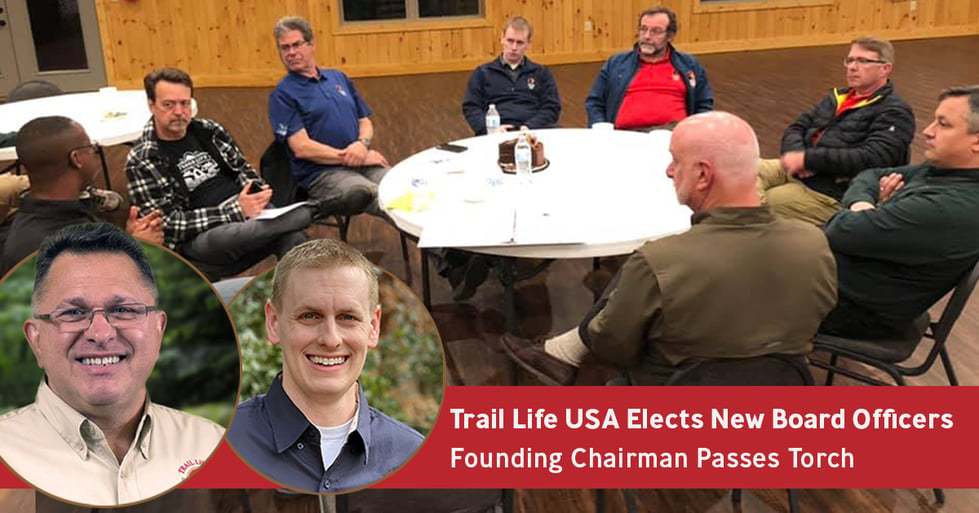 On March 7th, 2022 Trail Life USA announced the election of new officers to the National Board of Directors.  Founding Board Chairman, John Stemberger, has nominated and passed the torch to Vice-Chair Stuart Michelson, and Hezekiah Barge has been elected Vice-Chairman. Pat Garibay and Rob Rye continue their roles as Treasurer and Secretary, respectively.

In 2013, Florida Family Policy Council President John Stemberger founded “On My Honor,” a nationwide movement of adult and youth members of the Boy Scouts of America (BSA) who were opposed to membership changes in the program. Concerned about youth protection issues and defending the best interest of the boys, Stemberger organized rallies and grassroots demonstrations all across the country. Hundreds of media interviews were done on national, state, and local news media.

After the BSA national convention in May of 2013, Stemberger held a press conference announcing that, in cooperation with American Heritage Girls and a host of Christian ministries, a meeting would take place in Louisville, Kentucky to organize a new scouting movement. From this gathering a Christ-centered boy-focused youth adventure program was birthed, and a volunteer Board of Directors was chosen. A national convention was held in Nashville, Tennessee where the name, logo and program elements were rolled out. Over 1,200 leaders were in attendance at the June 2013 meeting where Governor Mike Huckabee and Michael Farris were featured keynote speakers.

On January 1, 2014, Trail Life USA (TLUSA) officially launched its Christian scouting for boys and young men nationwide ages 5-24, and Founding Board member Mark Hancock stepped off the Board to become the organization’s first Chief Executive Officer. In 2016, Trail Life USA received a 127-acre property outside of Greenville, SC. Named Camp Aiken, it contains offices, residential cottages, and campsites, currently used to serve the organization’s members and its staff.

Today, Trail Life USA has grown to over 38,000 members in nearly 900 Troops in all 50 states.  It is the largest Christ-Centered program in the nation growing boys to become godly leaders of character through outdoor adventure.

John Stemberger commented, “It has been an honor to be used by God to help begin a program that has and will continue to impact generations of boys and men. I am excited to continue to be involved in the ministry of Trail Life USA. I believe Stuart Michelson represents a new generation of men and has been uniquely equipped to serve as Board Chairman and help guide Trail Life into the future.”

Before joining the Board of Directors, Stuart Michelson served as the State Leadership Chairman for Georgia and as the coordinator for the Atlanta venue of the Trail Leader Training Conference to prepare leaders for Trail Life USA’s launch. He also pioneered a new adult training model and oversaw its deployment as the chairman of Trail Life USA’s inaugural national adult leader training event at Camp Aiken.

Stuart commented, “I am so grateful for John’s legacy. His vision of a Christ-centered boy-focused program to raise generations of bold, courageous leaders of character has never been more relevant.  I am excited about the growth of Trail Life over the past decade, and am eager to see what God has in store for the future.”

Trail Life USA is the premier national character development organization for young men, producing godly and responsible husbands, fathers, and citizens, Trail Life's mission is to guide generations of courageous young men to honor God, lead with integrity, serve others, and experience outdoor adventure. Troops exist in all 50 states and are growing as Trail Life USA expands around the country.