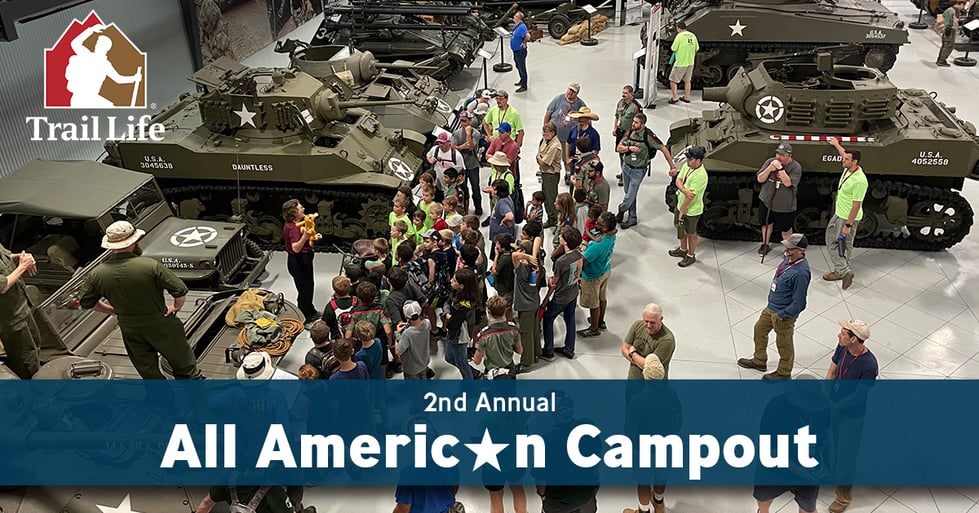 Around 450 Trailmen from across Texas gathered for a weekend of camping, adventure, history, challenge, and instruction at the 2nd Annual All American Campout held at the Museum of American GI in College Station, Texas. The Saturday adventure at the museum began with a massive weapons demonstration. Boys then toured the museum where they learned first-hand about tanks, WWII drones, planes, helicopters, weapons, patrol boats and more from battles throughout American history.  Boys heard stories about real-life heroes, came to better understand the cost of freedom, and walked away with entertaining stories to tell like: how Tootsie Rolls saved lives at the Battle of Chosin Reservoir,  how Norman Rockwell encouraged war production, why tanks have bulkheads, how US auto production shifted from 3 million cars per year to just 139 during the entire war, and how the Young Mens Christian Association took care of men stranded in France after World War 1. 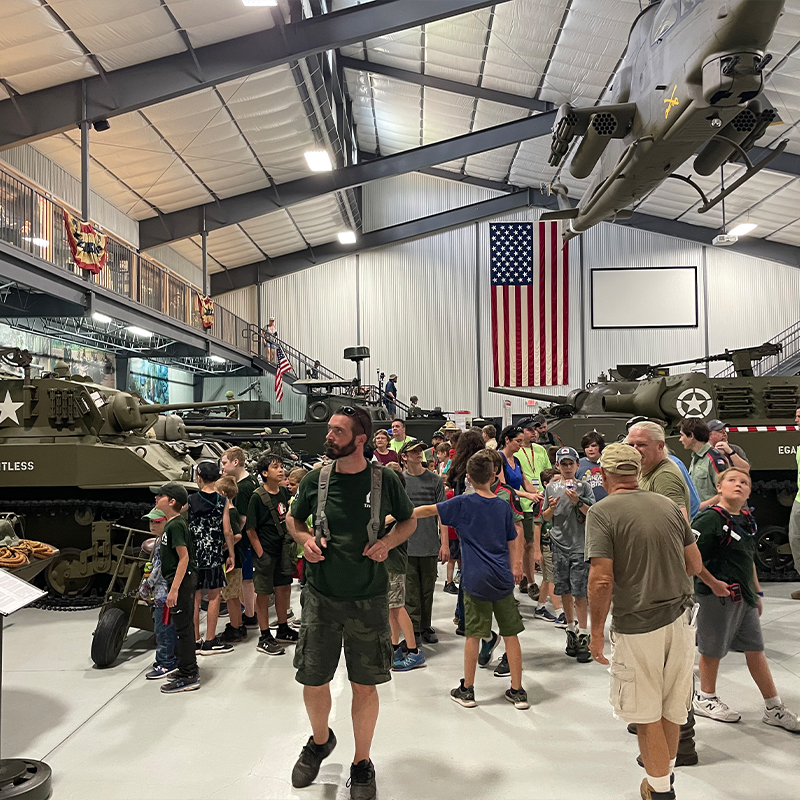 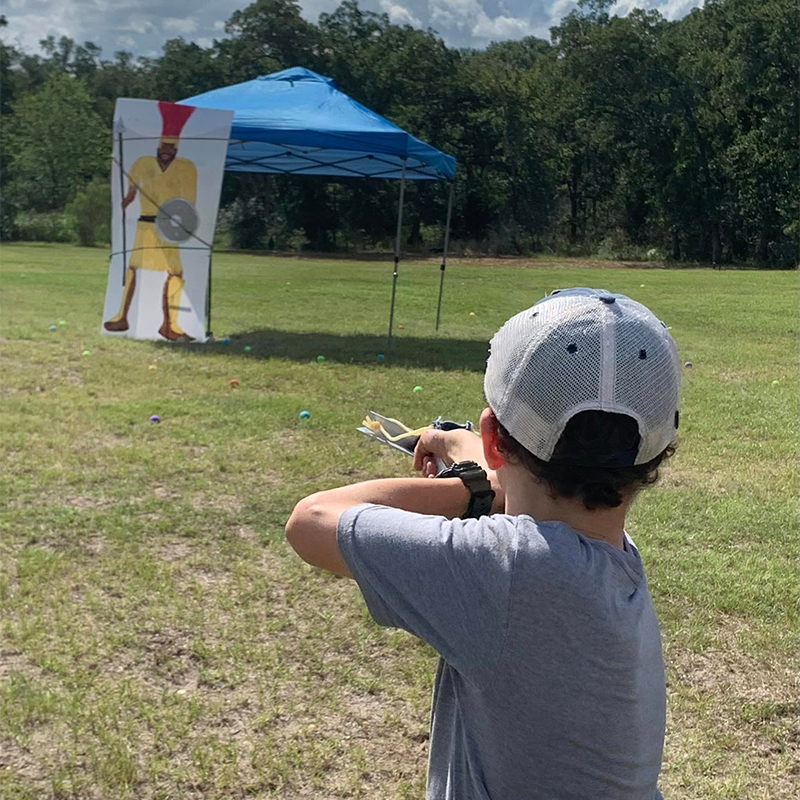 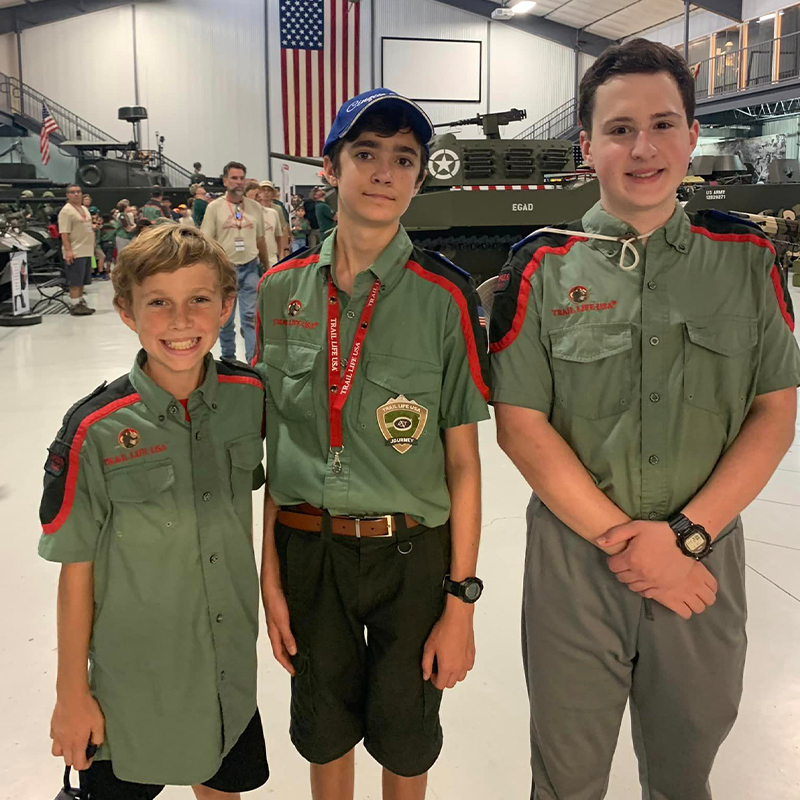 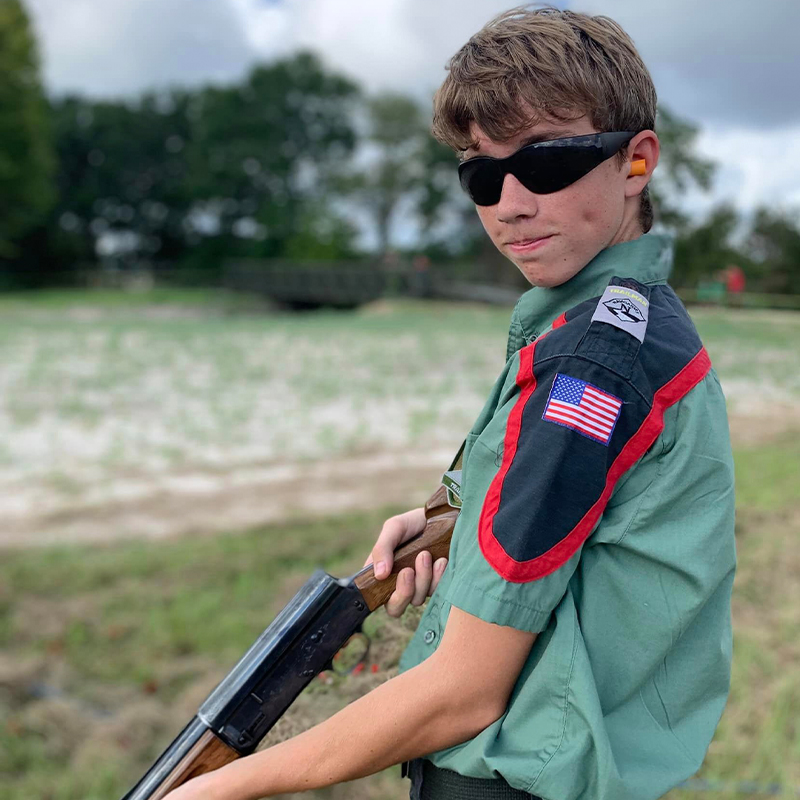 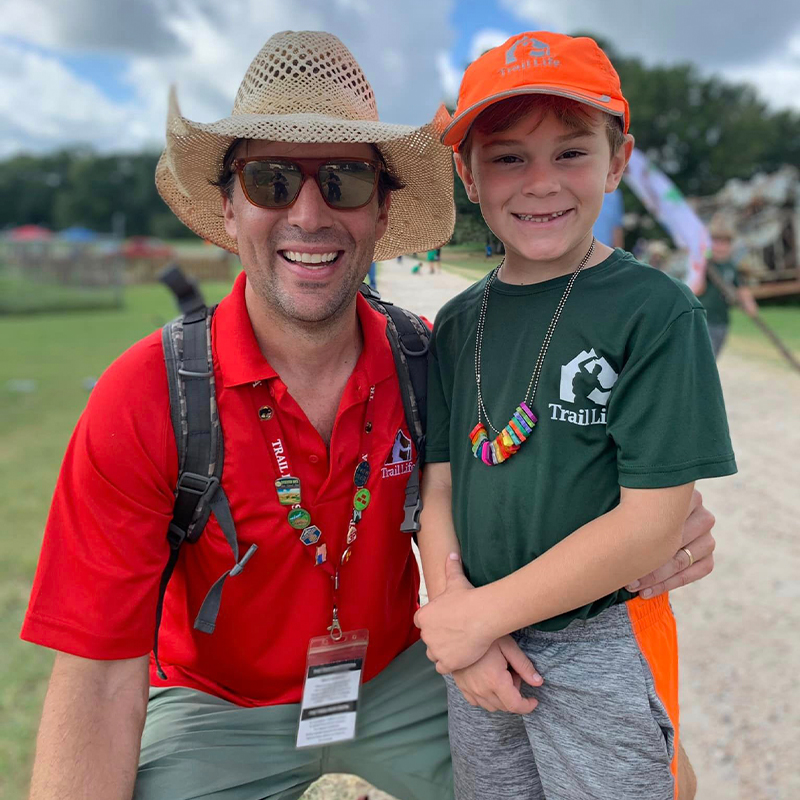 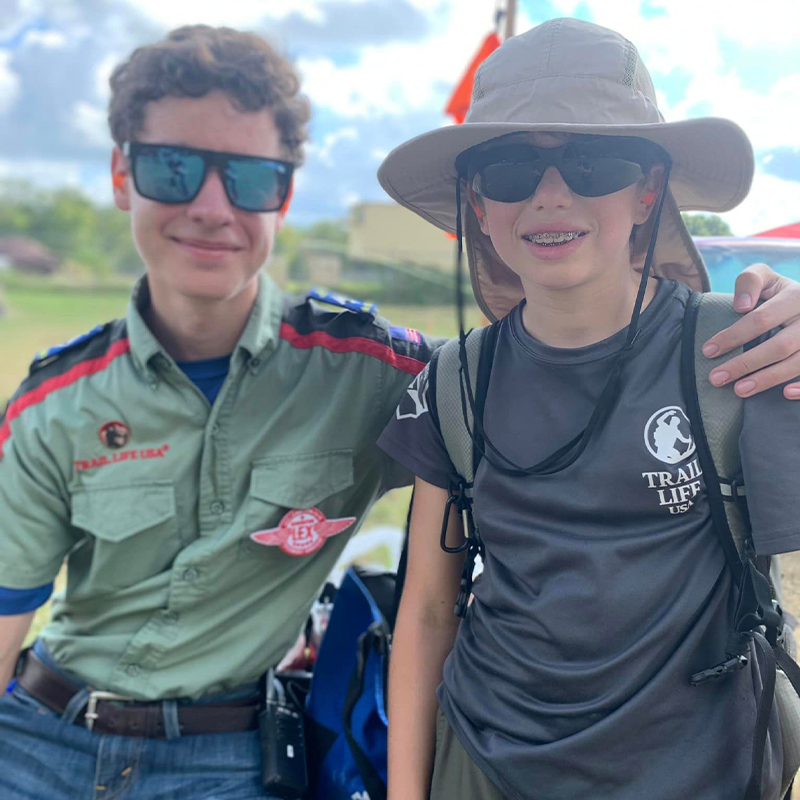 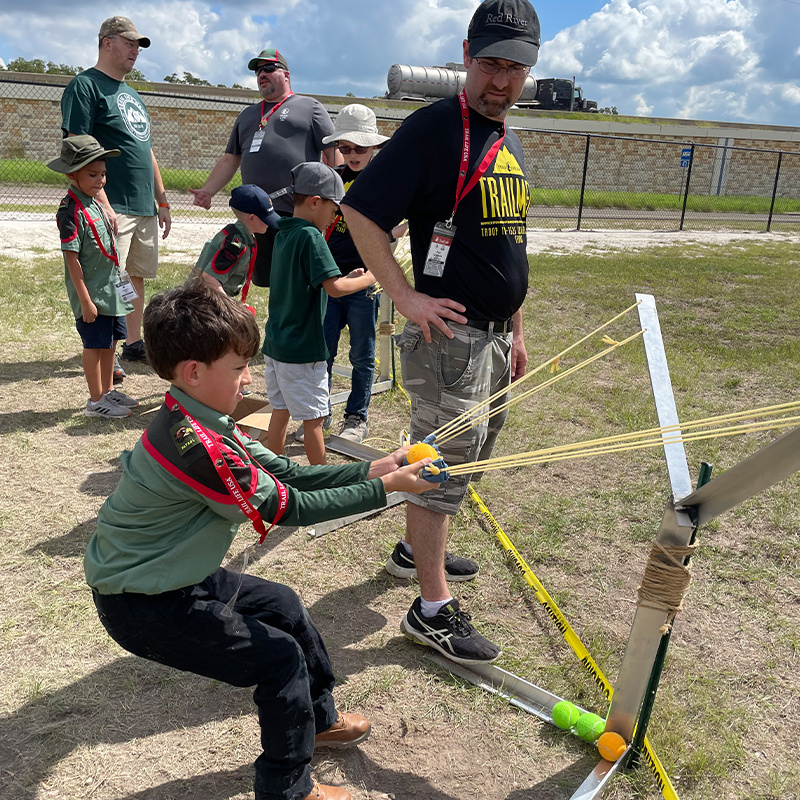 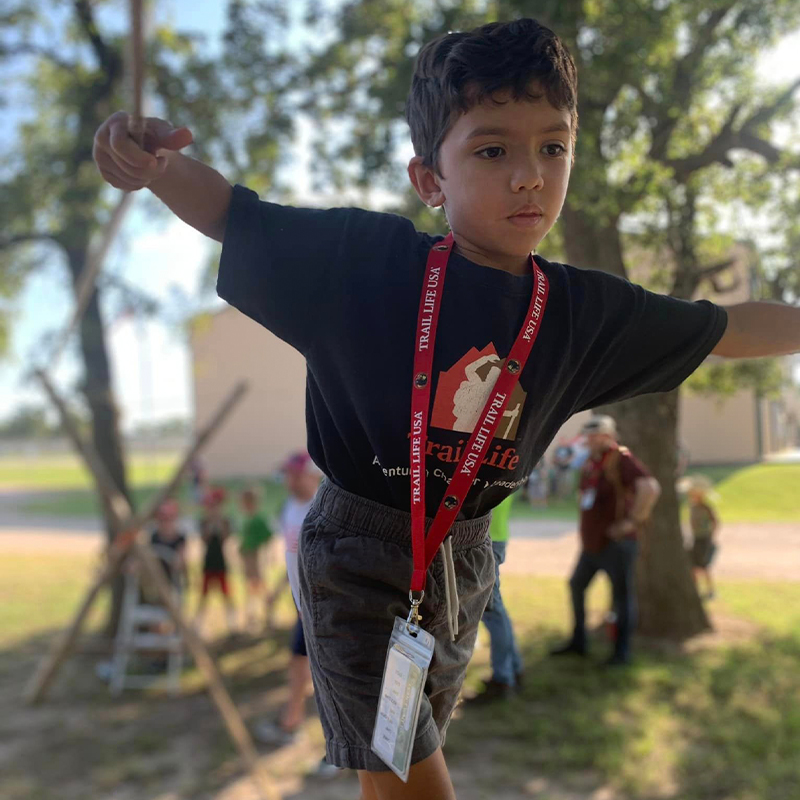 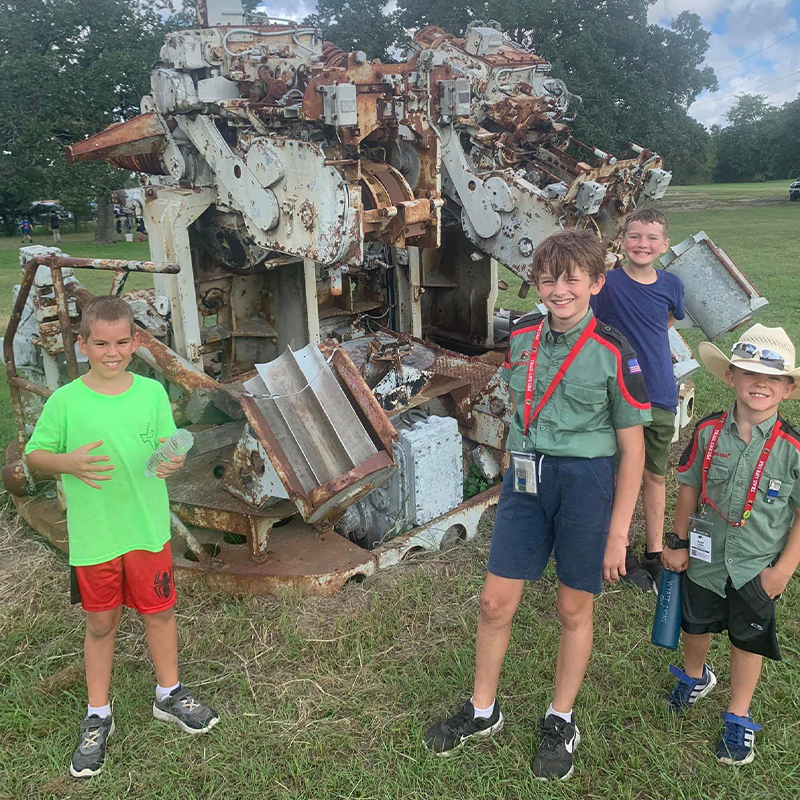 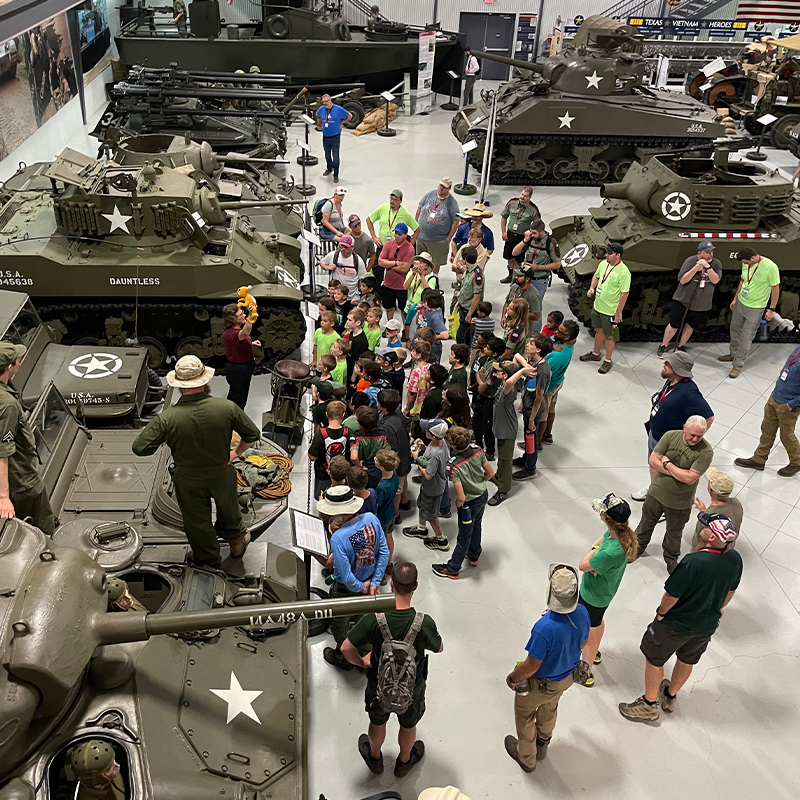 A movie night on Saturday, and a worship service Sunday morning capped off the weekend and provided down time to reflect, learn, and apply everything they experienced during the weekend.  Boys watched, "Follow Me, Boys," an 1966 adaptation of the novel, "God and My Country" by MacKinlay Kantor. Sunday morning, before breaking camp to depart boys gathered to reflect on the 23rd Psalm and ponder the comfort and courage it has offered to men through the centuries.

Join the Adventure!  Find a Troop near you or Start one Today!