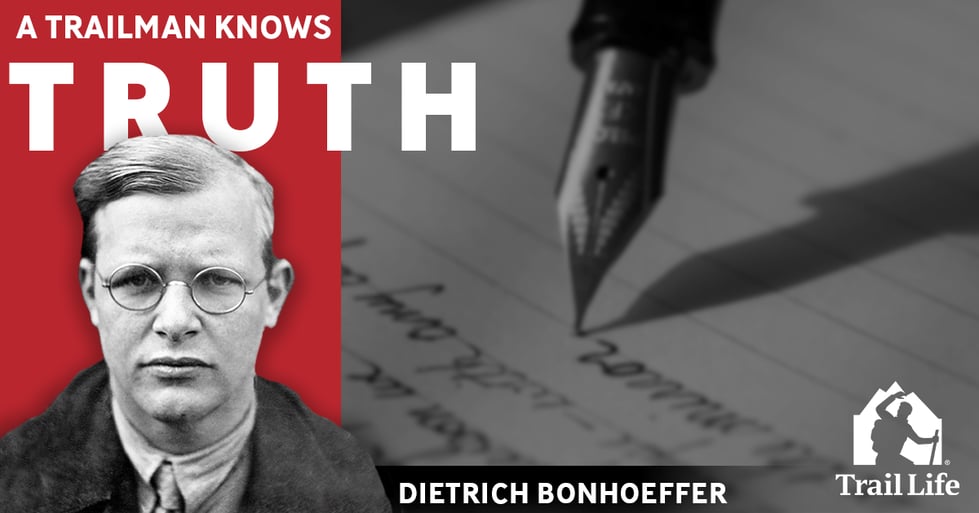 “Silence in the face of evil is itself evil: God will not hold us guiltless.
Not to speak is to speak. Not to act is to act.”
-Dietrich Bonhoeffer

Believing it evil to not take action against Nazi treatment of the Jews during World War II, Pacifist German Pastor Dietrich Bonhoeffer became involved in helping the Jews to flee Germany and ultimately became persuaded of the need for violence against the Nazi regime. Initially arrested in April of 1943 for conspiracy to rescue Jews, he was moved to Buchenwald and Flossenburg concentration camps after his involvement in a failed attempt to assassinate Adolph Hitler was revealed.

Bonhoeffer wrote, “When Christ calls a man, he bids him come and die.” Those words took on more than spiritual meaning for Bonhoeffer who was hanged on April 9, 1945. At a time when many German pastors promoted the Nazification of the German Church, making statements like, “Christ has come to us through Adolph Hitler,” and Hitler is the way of the Spirit and the will of God for the German people to enter the Church of Christ.” Dietrich Bonhoeffer made a brave stand for Truth. Refusing to stand by and allow Human Dignity to be diminished, Bonhoeffer took action famously saying, “We are not to simply bandage the wounds of victims beneath the wheels of injustice, we are to drive a spoke into the wheel itself.”

Truth and Human Dignity are two of Trail Life USA’s 6 Essential Concepts of a Christian Worldview. In the midst of a cultural rising tide insisting that truth is relative, not all life is equally valuable, and that absolutes don't exist, Trailmen are the remnant that is rising.

For a fuller treatment of the life of Dietrich Bonhoeffer, we recommend Eric Metaxas book, "7 Men: And the Secret of their Greatness."