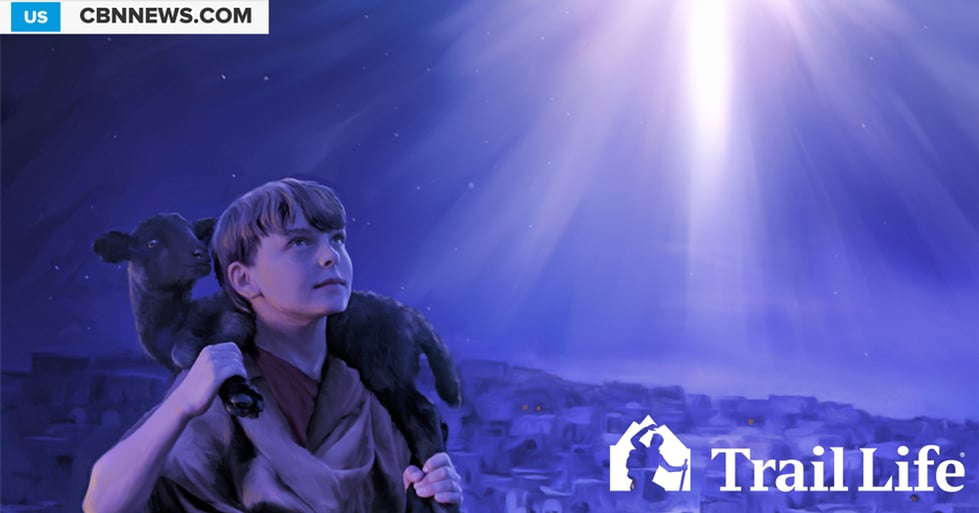 Glory to God in the highest, and on earth peace, good will to men.

As another Christmas season is upon us, we reflect on how Christmas demonstrates the hope of glory as God manifested Himself in the form of a baby in a manger. Fully God and fully man, Jesus Christ came, not only to show us Who God is, but to show us who we can be.

But where is this hope now in the world? We see a society reeling from despondency and struggling with identity on every level.

Depression now affects nearly 33% of Americans and drug-related deaths increased by 30% over last year. And, like the canaries that suffer first when there are toxins in a coal mine, men and boys are being hit particularly hard. Men account for 4 out of 5 suicides in America and twice the drug-related deaths as compared to women. The most rapidly growing suicide rate demographic is boys from the ages of 10 to 14.

Four significant problems are plaguing boys as they seek to navigate the perilous journey to manhood: they are unguided, ungrounded, unappreciated, and too often, uninspired. Boys in particular, lacking positive male role models, wonder what it means to be a man. They are largely unguided in this effort, as 89% of elementary level teachers are female, and nearly 21% of boys live in a home without a father present. While these moms are performing a herculean task as a single parent, there is no question that both boys and girls do much better in a home with two parents. While girls benefit from present and successful female role models that point them toward who they can be, boys lack these examples and are left to wonder, “Who can I be like?”

A second problem is the cultural erosion of the absolute truths that historically provided boys with the foundation they need to reach their heights. George Barna tells us that “…only 14 percent of born-again adults … rely on the Bible as their moral compass and believe that moral truth is absolute.” Without absolutes, it’s impossible to speak to boys about right and wrong. How can identity and purpose be built without a foundation? Boys are left ungrounded. “What are the boundaries?” they wonder.

Add to that the gender-blurring that discounts the strengths of the specific sexes, and boys are left feeling unappreciated. Because a great deal of traditional school is geared toward the natural strengths of girls, boys are behind in every academic category. Their unique needs aren’t acknowledged in a setting that rewards students who can “sit still, be quiet, and pay attention.”

A generation of “participation trophies” and lessening physical activity through the reduction of recess at school has led to risk and competition playing a lesser role in their environment. Boys tend to disengage when there isn’t something at stake, leading them to be uninspired. “Why try?” ask the boys.

Tragically, a boy’s needs are being treated as if they are some social disease that can be starved out of existence.

As parents and leaders of boys, in order to halt and reverse the tragic trend of lost identity and purpose, we must insist on meeting these critical needs. We must help establish in our sons a hope for their future, driven by the construct of a self-identity that is more esteeming than the hope-sabotaging identity they get from their culture.

Their hope of a meaningful future and the security of a purposeful identity is found in God’s provision of a baby in a manger. The Christ-child Jesus who came, not only to show us what God is like, but to show us what WE can be like–to show us what it looks like for the Spirit of God to be active in the body of a man. He came as “one of us,” appearing in our image to show us how we are created in His. He models a purpose-filled identity that we can point to as an example of what it means to be a man.

This Christmas, talk with the young men in your life about God becoming flesh.

As the boys and young men in your life come to understand their purpose and value, listen as they talk about the challenges they are facing. Ask questions, hear their hearts, go for a walk together. As they come to understand, help them connect the Christmas story with their own lives and empower them as they seek to live out the biblical masculinity exemplified in the life of Jesus.

“Emmanuel” means “God with us.” And our highest call to boys can be to embrace the example and understand the identity entrusted to them. In this season, we can remind our sons that their value isn’t in the identity placed upon them by a conflicted society, but in the never-changing identity of the greater One who now, through the miracle of His birth and the offer of salvation, can be Christ in us, the hope of glory (Colossians 1:27).

And there is no higher hope than that.

Glory to God in the highest, and on earth peace, good will to all men.

Mark Hancock is the CEO of Trail Life USA, a character, leadership, and adventure organization that is both Christ-centered and boy-focused. Trail Life USA partners with churches and parents across America as the premier national character development organization for young men which produces generations of godly and responsible husbands, fathers, and citizens. In over 850 churches in all 50 states, fathers and sons are connecting, relationships are deepening, and legacies are beginning as a new generation of godly leaders rises.