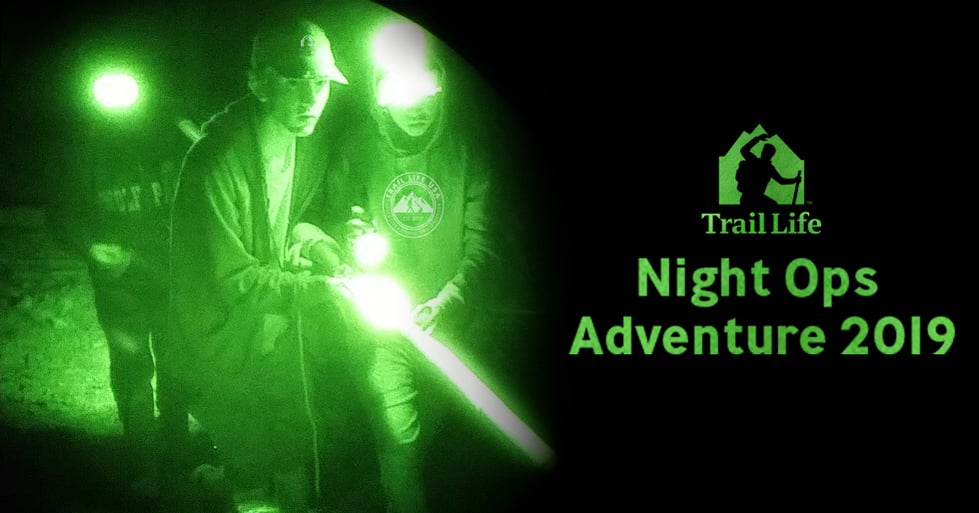 Character Comes Out at Night

Boys from across the Southeastern United States gathered at Camp Aiken, SC to demonstrate their stealth, test their mettle, prove their bush-craft skill, and walk in the legacy of the brave South African Mafeking Cadet Corp.

During the Anglo-Boer War in 1900, due to shortages in the British Army, Lord Edward Cecil gathered together the local boys of Mafeking, South Africa, to create a cadet corps. These courageous boys assisted in the hospital, served as lookouts, and carried secret messages to outlying forts.

Colonel Robert Baden-Powell often witnessed the courage and bravery of the cadets firsthand. During the Battle of Mafeking (an exposed, isolated town near Boer controlled areas) Powell employed these boys to assist the British military by serving as lookouts, carrying secret messages, and aiding in the dark of night. After the siege, twenty-four cadets were awarded the Defense of Mafeking bar to the Queen's South Africa Medal. This “Mafeking Cadet Corps” would later serve as Powell’s inspiration for the scouting movement. It’s fitting, then, that Trailmen would follow in the footsteps of these brave young men. They truly are learning how to build character.

Inspired by the Mafeking story, Steve Nafziger (GA-0594) began developing a “night skills” challenge course for boys in 2001 to honor the spirit of the Mafeking Cadet Corps and teach boys courage and resourcefulness under difficult circumstances. In 2017, he began bringing this “Night Ops Adventure” to Camp Aiken.

In the fall of 2019, Troops from SC, NC, and GA convened at Camp Aiken to test their mettle. As Troops arrived on a Friday afternoon, they were divided into patrols and given a map with basic guidelines for coordinates of the ten challenge stations. Before they could start the real challenge, patrols had to spend rest of the afternoon and early evening demonstrating their abilities by finding all ten navigation points before the night ops began. 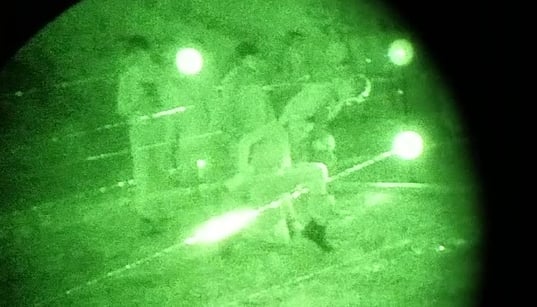 At nightfall, patrols were assigned specific stations at which that they must check-in first. After check-in, they were free to complete the mission by carrying their top-secret papers to check-points in whatever order they chose. However, extreme care was required; "enemy saboteurs" were planted behind cover throughout the camp.

Patrol Leaders were responsible for setting the strategy. Challenge stations included: fire building, water safety, night navigation, first aid, rope knots & lashings, and a new event, laser navigation - where patrols had to navigate a web of lasers without setting off an alarm.

A total of 33 Patrols participated, with the last exhausted Patrol checking in at headquarters at 3:30 am. 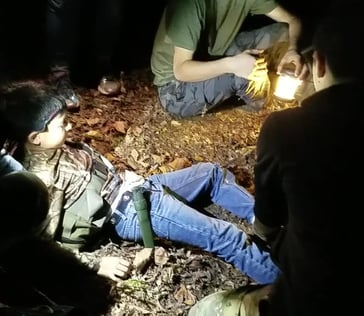 Reflecting on the success of the event, Steve said, “When they check-in at HQ at the end, they are so excited; they can’t wait to tell the adults what they accomplished and compare experiences with other Patrols. For many of the boys, this is the latest they have ever stayed up, which adds another dimension to the event . . . It is a unique opportunity - distinct from a regular Troop meeting or camp out - for Patrols to learn teamwork under different circumstances. The boys really have to stick together, or they fail. I heard a few boys complain, ‘The Patrol Leader didn’t do anything!’ but we mentored them on leadership - it doesn’t necessarily mean that he’s a bad Patrol Leader. Good leadership often means delegating tasks.”

Through the individual challenge stations, difficulties of navigating unfamiliar terrain silently in the dark, and the stress of working late into the morning to complete the mission, boys grew in character, relationships were deepened, and lifelong memories were made. One dad commented, “As an Eagle Scout and Trail Life/American Heritage Girls dad, I was truly impressed. I can’t say how much we loved this event!”