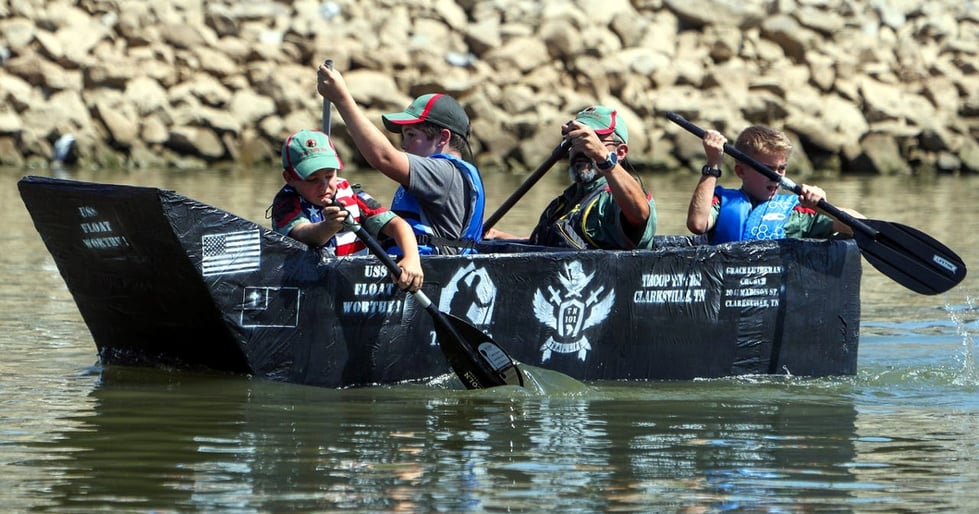 As the boat was lowered into the water, the boys held their breath. They had done research, planned, built and tested a series of small models with successive improvements, and prayed for a year. Still, they had never put the boat–this boat–in water. No one could really be sure that it would float long enough to carry them to the finish line…or at all! They eased the boat in, and it held. As the boys climbed in, excited cheers rang from Troop members and parents. This just might work!!! 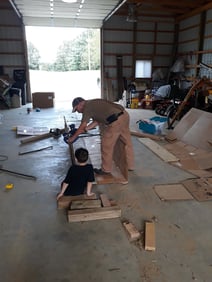 It had all started a year ago when Trail Life USA leaders and Navigators (grades 6-8) from Troop TN-0101 attended the Riverfest Cardboard Boat Regatta in Clarksville, TN. They had noted during the races that some boats sank while others cruised to the finish line at the boat ramp 100 yards down the Cumberland River. After the event, the boys approached the leaders about building a boat as a Troop and entering the event. 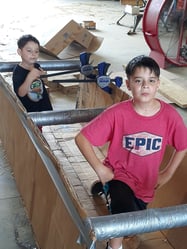 The next week, the Navigators had a meeting and sat down with manila folders, tape, scissors, and weights. Taking note of what they observed at the race, the boys designed and built small models over a period of months and tested them in a plastic baby bath. With each attempt, the performance of the test craft improved. Finally, the Troop decided on a design and joined together to build the race boat. Using drawings they derived from their test models, the Troop cut cardboard, connected boat sections with caulk, wrapped the cardboard with layers of

inexpensive gray duct tape, painted the exterior with black latex paint, and adorned it with the Trail Life USA emblems in white. The construction went smoothly, and the Trailmen learned to use basic tools. USS Float Worthy was complete! “It was fun,” Miles recalls. “I liked learning to use the glue (caulking) gun” to seal gaps to prepare the boat for the water.

The Troop entered their boat in the Church/Civic division of the race and eagerly waited for race day. To determine who would navigate the boat, Troop Leader Gabriel Perez drew names out of a hat. Miles Foster (Woodlands Trail), Robert Sank (Navigators), and Henry Conary (Navigators) were chosen. Henry is the Junior Patrol Leader of his Troop, a position elected by his peers. The youngest, Miles, was in the drawing because he had passed his swim test.

On the day of the event, Trailmen and their families gathered at the Riverfest. The boats lined up to start the race, and Robert “looked up and down the water and saw we had pretty good competition.” As the race commenced, Henry recalls watching boats begin to sink around him.  He says, “I thought we’re going to sink too.” Fortunately, the boat lived up to its name Float Worthy, and nervous energy shifted to developing a strategy to win. “We started off with kayak paddles,” Mr. Perez said. “When we got into the boat, we realized we couldn’t effectively do strokes, so we took the end pieces off the oars and used those.” Soon the makeshift boat was pulling ahead of the competition, and the bank of the river erupted with cheering and encouragement for the racers.  The team made it to the end with a winning time of 2:11:07.

Mr. Perez reflected, saying the planning, preparing, building, and racing “built cohesion. Seeing Miles (a Woodlands Trailman) competing alongside Navigators, and the boys and their families cheering from the sides–it was great. I’d be happy to see other Troops out there competing with us next year.” Jared Sank, Robert’s dad, appreciated the relational development that the project produced. “Robert and the other boys were super enthusiastic and creative to build and improve the boat. It was awesome to see them come together and see something that excelled.”

The families were just as enthusiastic about the event. Kayla Foster, Miles’ mom, loved what she saw in the Trailmen. “All of the boys took lots of pride in what they were doing. They worked diligently in building the boat. They learned new skills. When they won, their hard work paid off.” Jennifer Conary, Henry’s mom was pleased, too. “Overall I’m thankful for the community that Trail Life USA offers. It brings godly examples for my son. His father is wonderful, and that godly community of men is great. They are successful as a team.” 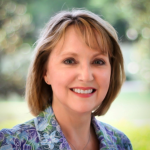 Kelly is an experienced journalist, ministry leader, speaker, and author. A professional communicator for over 30 years, she encourages people while bringing them from laughter to tears and back with a fresh understanding of God’s unconditional love.