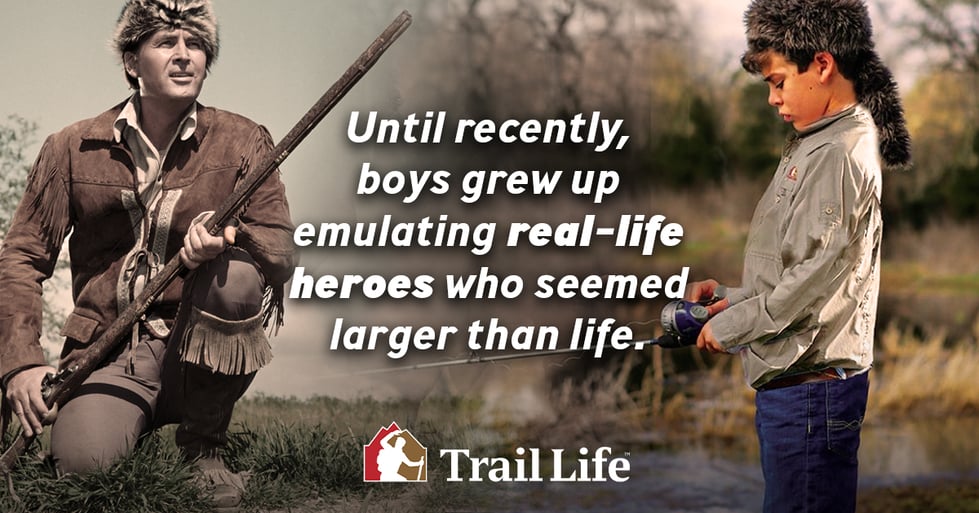 Be a Real Life Hero

Until recently, boys grew up emulating real-life heroes who seemed larger than life. Coonskin caps and six-shooters were the uniforms of boyhood. Boys were enthralled with tales about Teddy Roosevelt, John Glenn, and Davy Crockett. Flannelgraph images taught us about the courage of Noah, the faith of Moses, and the collapse of a giant at the hands of a young shepherd boy.

But today, rather than celebrating men for their contributions, culture is dismissing the heroism of our fathers and forefathers and emphasizing their shortcomings. Statues of George Washington and Abraham Lincoln are targeted for removal as history is rewritten to cater to sanitized “non-toxic” definitions of masculinity. Marvel characters replace real-life role-models, and virtual video games become substitutes for real-life challenges.

In a world devoid of strong courageous heroes and sterilized of risk, boys are disappearing into fantasy.

The reality is that boys need the examples and leadership of heroic men. Scripture, history, and personal experiences defy the untethered aims of culture and make clear the significant benefits of godly men who act as traditional masculine role-models for boys.

Scripture reminds us to, “Be strong in the grace that is in Christ Jesus and entrust what you have understood...to faithful men” (2 Tim. 2:1).

At Trail Life, across America, heroic  men are rising up each day to challenge boys to lead a life marked by character, adventure, and God-honoring leadership. Take for instance, Wilson Grab, one of Trail Life’s real-life heroes.

Wilson is Trail Life’s oldest Freedom Rangeman and understands the importance of legacy. As Wilson entered his seventh decade, the young men in Trail Life Troop NC-0942 encouraged him to join Trail Life as a leader and to serve as an example by earning the Freedom Award.

Wilson realizes that he is responsible for teaching these important lessons to future generations. He says, “A leader is a servant who knows the way, goes the way, and shows the way.” Through his example of servant leadership, lives are changing. Wilson says, “seeing growth among men and boys in the Troop is the most rewarding part of the program … It is our task to lead young men on the trail to manhood and to teach them to be the husbands and fathers they need to be.” 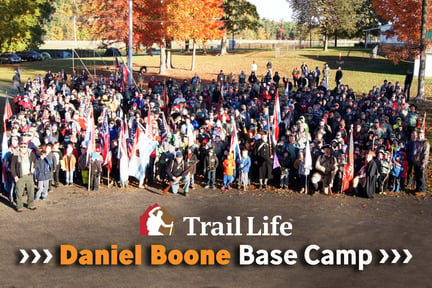 Recently, at the Daniel Boone Base Camp gathering in Ohio, engaged volunteers created an experience where over 700 Trailmen from eight states converged to experience archery and riflery, battle with pugil sticks, test their friction fire-building skills, cook authentic revolutionary era cuisine over a fire, and interact with re-enactors who displayed historic flags, revolutionary firearms, and early American artifacts.

One father, as he experienced Trail Life commented, “We are new to Trail Life, but I have been absolutely blown away by the lessons that these young men are learning about being men. Not JUST men either, but GODLY MEN. It’s really an amazing program for these guys.”

Will you join us and be another real-life hero? Partner with us to make a lasting impact in the lives of fathers and sons by providing them with opportunities to experience life-changing adventure, and grow in character and leadership.

The COVID crisis has created a greater demand among boys to experience Trail Life, and churches across the country are expressing interest. Britt and his son, Will, worked together to begin a Troop in their Mississippi Community. Reflecting on his experience in Trail Life, Will said, "Many of the most valuable lessons I’ve learned came during the most difficult experiences...I remember several really tough outings including a long backpacking trip in North Alabama, a cold-weather camping trip in the rain, and a fall trip when the Troop forgot to pack the skillet...experiences like that taught me to push through a trial, learn something new, and grow in courage...the life skills I've learned on the trail to earning the Freedom Award are incredible. The training has given me a sense of accomplishment and prepared me for life."

During a time when many ministries have slowed or closed, Trail Life is seeing growth. As school has become virtual, boys have been forced indoors, personal interaction has become limited, and rough and tumble play has been suspended. The need has never been greater for trained leaders to engage boys in outdoor adventure where boys can connect, burn energy, grow in character, and make a difference in their world. Trail Life has realized the need and is forging ahead. In the past year we have launched over 100 new Troops and added over 10,000 new Trailmen.

Billy Graham once wrote, “Courage is Contagious. When a brave man takes a stand, the spines of others are stiffened.”

Will you stand with us as we seek to reach, equip, and empower generations of courageous young men to honor God, lead with integrity, serve others, and experience outdoor adventure? 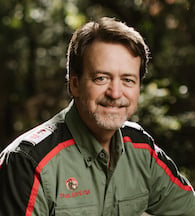