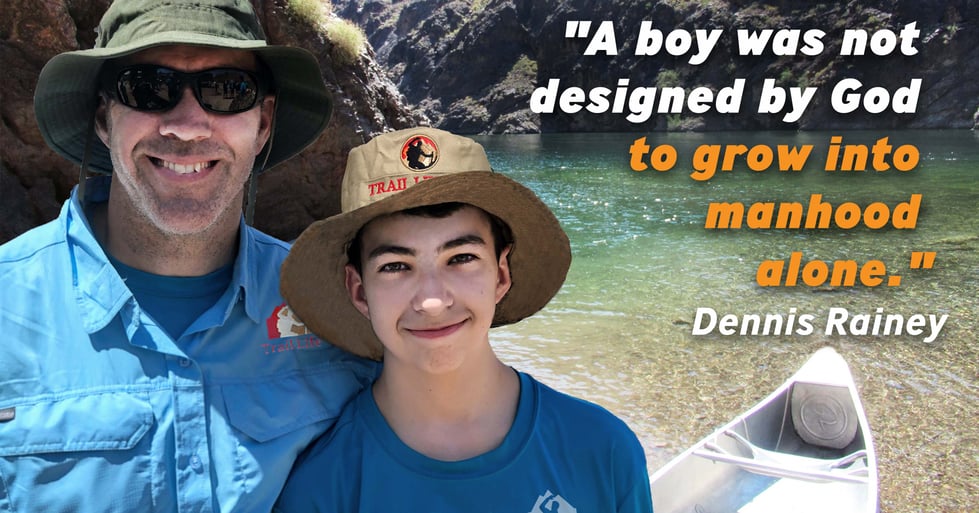 The 5 Stages of Growing Courageous Men

Manhood is under attack at every level. In a culture where masculinity and toxicity are often synonymous. Where the media consistently portray men as abusers and buffoons, many boys are finding themselves unsure about what it means to be a man - or if they should even aspire to be one.
The need for stalwart men to step up is greater than ever. It is imperative we raise up a new generation of warriors for Christ who understand courageous manhood. Boys are searching for men who provide a positive example of what it means to be a man. Walk with me through five stages of growing biblically bold, courageous men of character.

This post is the second in a series based on presentation by Dennis Rainey, Co-founder of FamilyLife at Trail Life USA's annual Rise Up convention.

In the book of Proverbs, the danger of snares and traps are a common theme. After teaching a Sunday School class for many years, i realized there are common traps teenagers fall into during these important developmental years. Over time, I developed 16-18 traps I would present that teens commonly came across. Everything from sex and pornography, to peer pressure. Topics ranging from drugs and alcohol, to bad attitudes toward parents and so on.

On one occasion, I literally set up bear traps in the classroom, asked a boy to remove his shoes, blindfolded him, and requested he navigate from one side of the room to the next—through all of those traps. The illustration was so effective, when I was at a Promise Keepers Conference at Mile High Stadium in Denver, I asked a father to come up on stage and help his son navigate barefoot through the traps. What the father chose to do brought the stadium to its feet.

Instead of standing passively to the side and directing his son vocally, the father had his son put his hands on his shoulders and walk behind him as he navigated through each step of the course. God used that unplanned illustration to reveal far more than I could've planned.

The 41,000 men in the stadium that day stood to their feet and cheered. Why? Because they saw a dad standing up to actively lead his son through the traps this life and the devil set for our kids. But more than that, they saw a dad whom they wished would've help them when they were younger. They wished they had a dad who would've guided them on the right way of living with the Scripture. You can watch the full video here

How are you engaging your sons or the young men God has entrusted to you? We're facing traps more today than ever before. How we as fathers and mentors navigate the traps in our lives matters. We are an example for our sons and a model for our daughters of what a man really looks like. What's it look like to step up as a mom or dad? Or as a mentor? Edmund Burke said, "All that is necessary for evil to triumph is for good men to do nothing."

I've determined there are five steps outlined in the Bible that speak to the path of manhood:

Truett Cathy, founder of Chick-fil-a, said in an interview with me, "I'd rather build boys than mend men." He's right.

What is boyhood? It's a time of adventure and discovery. But a boy without a father or a mentor is like an explorer without a compass—or a map—or a GPS. Boys need men who know the way and who are staying out of the traps.

I interviewed John Wooden when he was 92 years old. When he came into the studio, he quoted a poem about being a boy that was given to him in 1936 when he became a dad.

This step wasn't in the dictionary in 1920. It's not until modern day that the word "teenager" came about. Adolescence is a confusing time. It's a time of identity crisis. A time of self-doubt, selfishness, lack of self responsibility, pressing the limits, and pushing back against authority. It is a time when many boys are angry, lustful, and driven by hormones. It is stage one in moving from dependence on mom and dad to independence.

A boy was not designed by God to move into this stage by himself. He was designed to do that with a pair of people helping him. Holding him up. Equipping him. Teaching him to face upward and forward at what's ahead.

Barbara and I had six kids in ten years. We took a year and explored what the irreducible elements of raising a child from the Scriptures. We interviewed professors, pastors, many experts. We asked them, "What are the basic elements God wants us to build in to our children's lives?" I started with a long list of ideas.

After talking with many experts, I narrowed down to four things. There are four essentials, I unpack them in The Art of Parenting, but they are the four things every boy needs:

The Bible teaches us to not straddle boyhood and manhood. God calls us to move forward and become men. The way we become real men is by surrendering to Christ. As men, we are called to decide what we believe—and then live it out. We cannot spend a ton of time doubting. Instead, we should learn to live out and be faithful with the truth we know.

Trail Life USA is all about mentoring boys. Second Timothy 2:2 says, "and what you have heard from me in the presence of many witnesses entrust to faithful men, who will be able to teach others also."

To every man, I have two questions:

1) Who are you mentoring?

The patriarch definition or meaning has been lost over generations. We need to bring it back. Psalm 71:17-18 says, "O God, from my youth you have taught me, and I still proclaim your wondrous deeds. 18 So even to old age and gray hairs, O God, do not forsake me, until I proclaim your might to another generation, your power to all those to come."

Our assignment isn't to retire and simply play golf, hunt, and vacation. The world will trap you into the idea of unplugging and living for yourself. Winston Churchill called people to action saying, "On the plains of hesitation lie the blackened bones of countless millions who at the dawn of victory lay down to rest, and in resting, died."

Let's be men of action. Let's call people to action. To doing well. To being faithful. Too many guys are trading their sword for a 9-iron. The patriarch connects younger generations to God. He loves Christ. He's an influencer. He prays for the next generation. He's an intercessor.

One of the things that has gotten me out of bed for the last 49 years of ministry is Acts 13:36 which say, "David, after he had served the purpose of God in his own generation, fell asleep." It sure appears to me that Trail Life USA is one of God's purposes for this generation. Mark Hancock didn't have to stand up when he did. He would've probably had fewer head aches if he didn't start Trail Life!

One man said, "God uses crooked sticks to draw straight lines." The Bible is about guys who failed. God used them, He can use us. You don't have to be perfect. You just have to do it. We're training the next generation to be warriors for Christ. 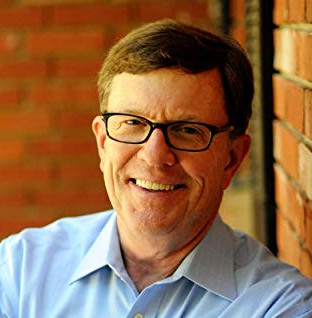 The Rainey’s have authored or co-authored more than 55 books including the best selling Moments Together for Couples and in 2018 The Art of Parenting. They serve as the senior editors of the HomeBuilders Couples Series® which has sold over 3 million copies and has been translated into 47 languages. Barbara has authored a number of books including Letters to My Daughters: The Art of being a Wife, Thanksgiving: A Time to Remember, and The Growing Together Family Series. Dennis has authored Interviewing Your Daughter’s Dates, Stepping Up: A Call for Courageous Manhood and Choosing a Life that Matters. Since 1992 until March of 2019, Dennis and Barbara have been heard daily as hosts of the nationally syndicated radio program FamilyLife Today® on more than 1300 radio stations in nearly all 50 states. They have been the recipient of the National Religious Broadcasters Radio Program of the Year Award three times. Dennis serves on the Board of Directors of Dallas Theological Seminary and Barbara serves on the Christian Alliance for Orphans board as well.

Could COVID be Inspiration for the Next 'Greatest Generation?'

Building Men: Milestones on the Journey to Manhood

Mettle on the Mountain: A Story of Courage and Providence